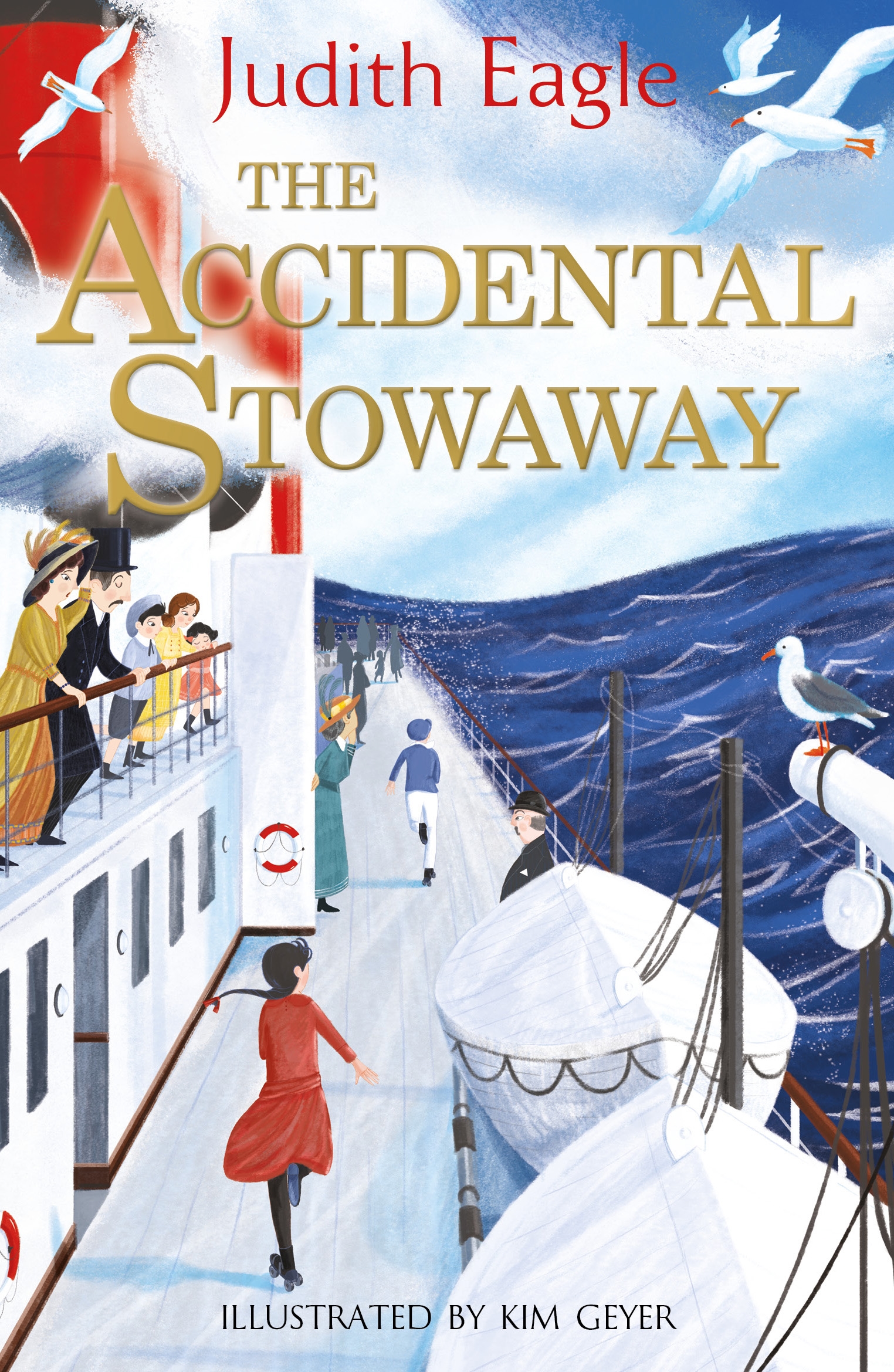 By the celebrated author of The Pear Affair and The Secret Starling – Patch finds adventure on every deck of the ‘floating palace’ she accidentally stows away on.

When Patch runs up the gangway of steamship, RMS Glorious, she isn’t planning to hang around. But if she leaves her hiding place the constable might catch her: sitting tight is worth the risk. Too late, she realises the ship is setting sail! Patch has become an accidental stowaway.

Luckily, Patch’s unconventional past has made her pretty fearless when it comes to fending for herself, and besides there are friends in high and low places to be made onboard.

But hiding away becomes less and less easy: her new friends urgently need her help and there’s a mystery that needs solving, all before they reach New York . . . 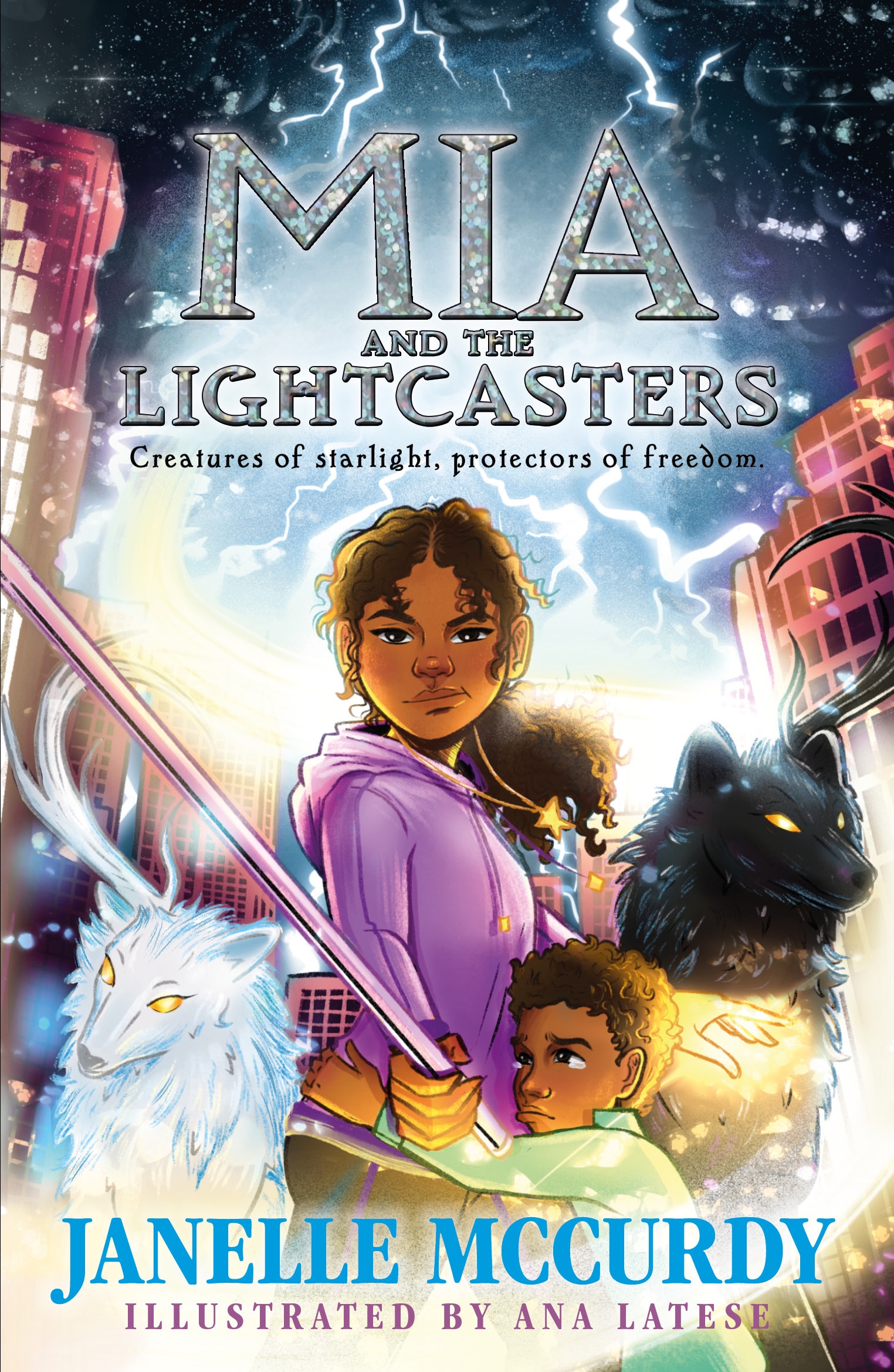 Beware of the shadows, the Reaper King is coming . . .

Mia always dreamed of being an umbra tamer until she met the wild creature on the Nightmare Plains. Since that day, she prefers to stay safe within the walls of Nubis. Safe, that is, until a surprise attack. With her parents captured, Mia’s only hope is to travel to the City of Light to find help. But with only her little brother, two friends and one solitary tamed umbra, the journey feels impossible. Mia not only has to overcome her fears, she also has to learn to harness her umbra taming abilities if they are to complete the quest in time.

For fans of Amari and the Night Brothers, The Legend of Podkin One-Ear and Nevermoor, this is the first in the sensational Umbra Tales series, illustrated by Ana Latese. 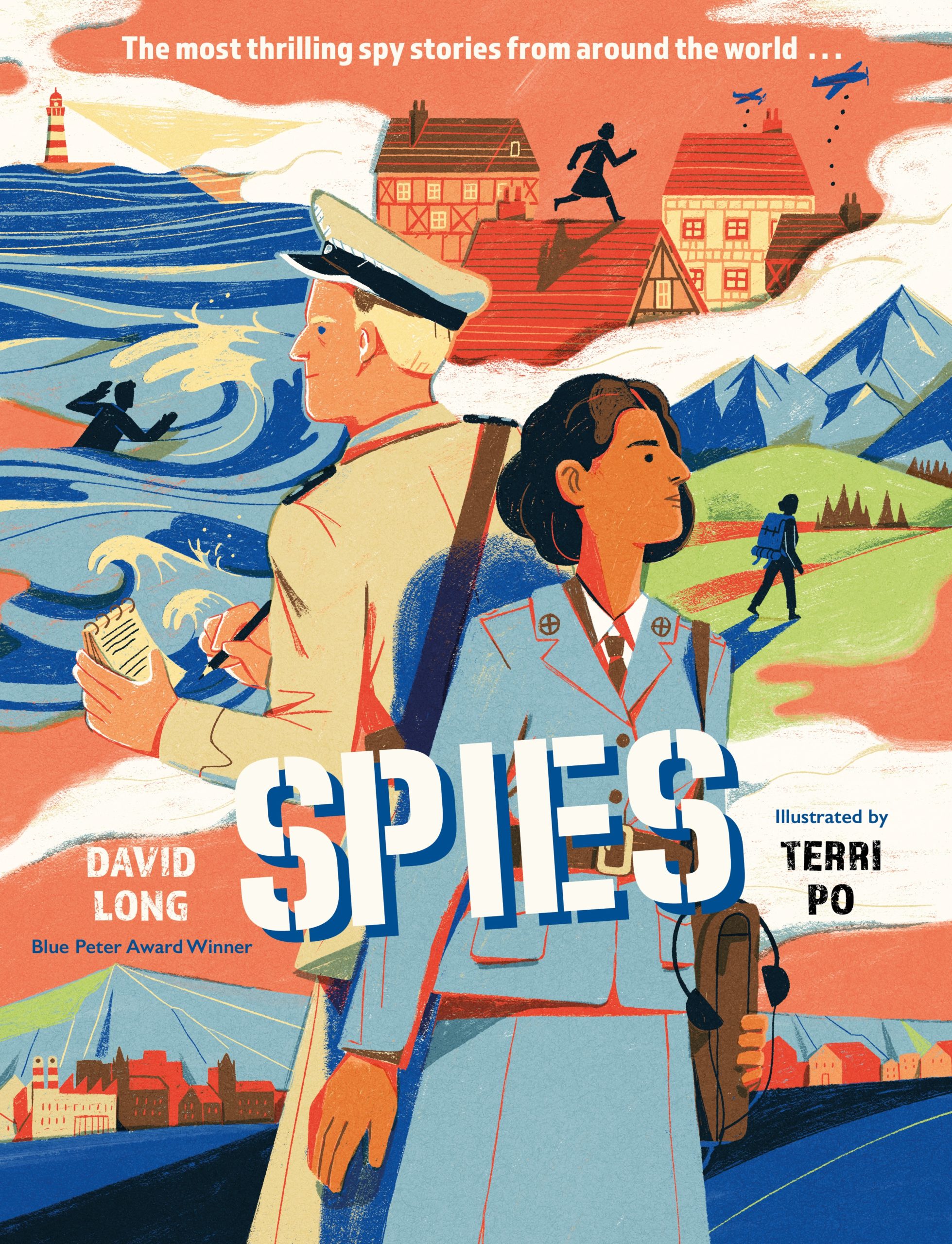 A single spy can save thousands upon thousands of lives . . .

From Harry Ree, teacher turned saboteur, to Margery Booth, the spy who sang for Hitler, to Scotch Lass, Britain’s smallest ever agent, discover twenty-seven of the most courageous and daring spies . . .

For as long as there have been secrets to keep, there have been spies, the world over, trying to uncover this classified information. Spying goes on all the time, and everywhere, but some of the most astonishing exploits occur during wartime.

Discover twenty-seven of the most courageous and daring, including: 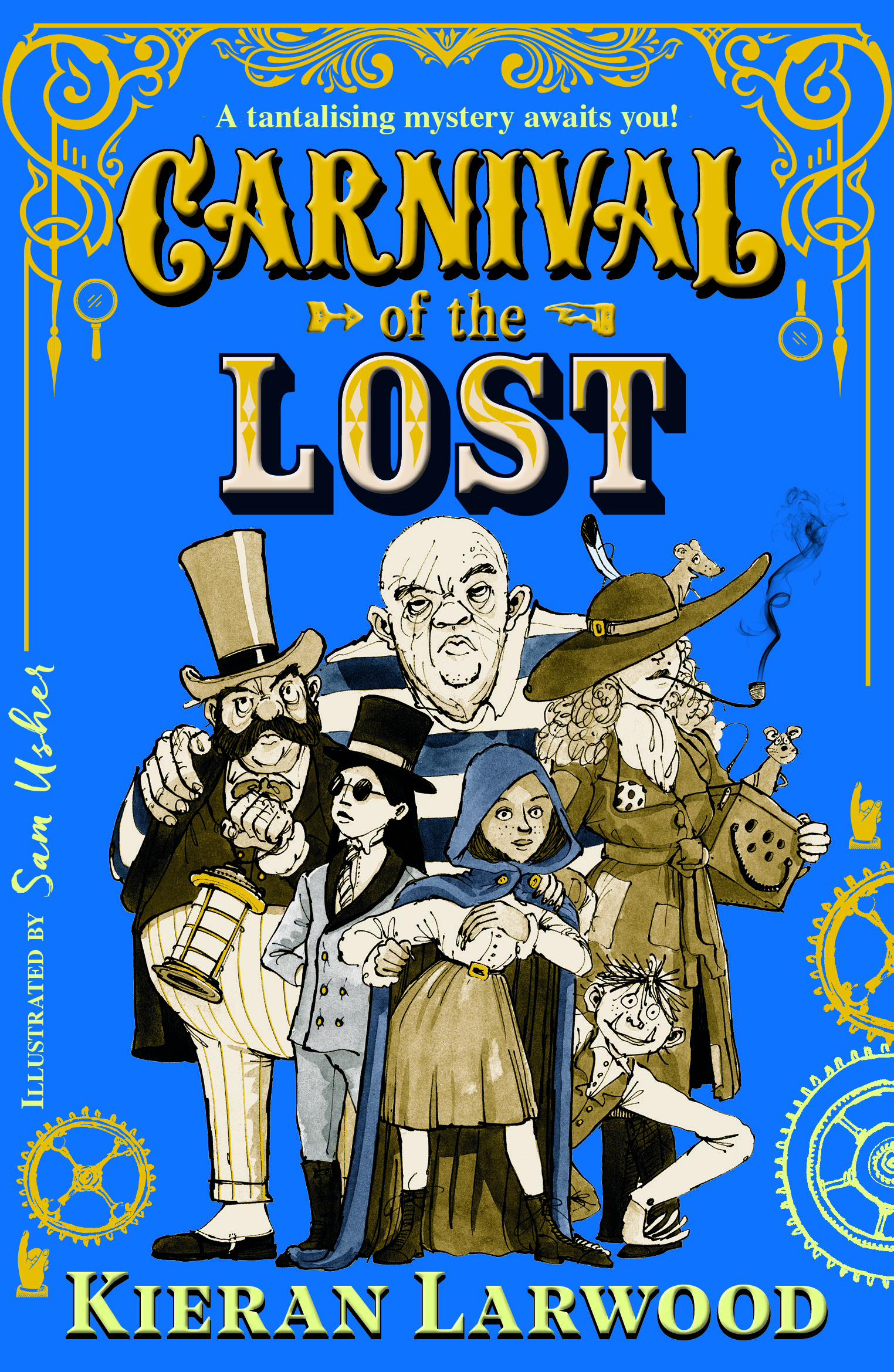 Sheba the wolf girl joins an unusual troupe of performers that includes Pyewacket, a witch’s imp; Gigantus the giant and Sister Moon, a knife thrower. For the first time in her life she feels she might make true friends, and learn a real stage craft. But soon that’s not all she has to think about. . .

Children are being sucked into the Thames and there have been strange sightings of a mechanical monster. The carnival troupe know first-hand that looks only tell half a story – they become determined to find these forgotten children. Perhaps they will unravel the mystery that has defied even the law!

Illustrated with black and white artwork from superstar illustrator, Sam Usher, and the first in a brand new series!

‘Thrilling, original, full of zest and wit.’ The London Times
‘An atmospheric and exciting read.’ BookTrust
‘A page-turning adventure.’ The Daily Mirror 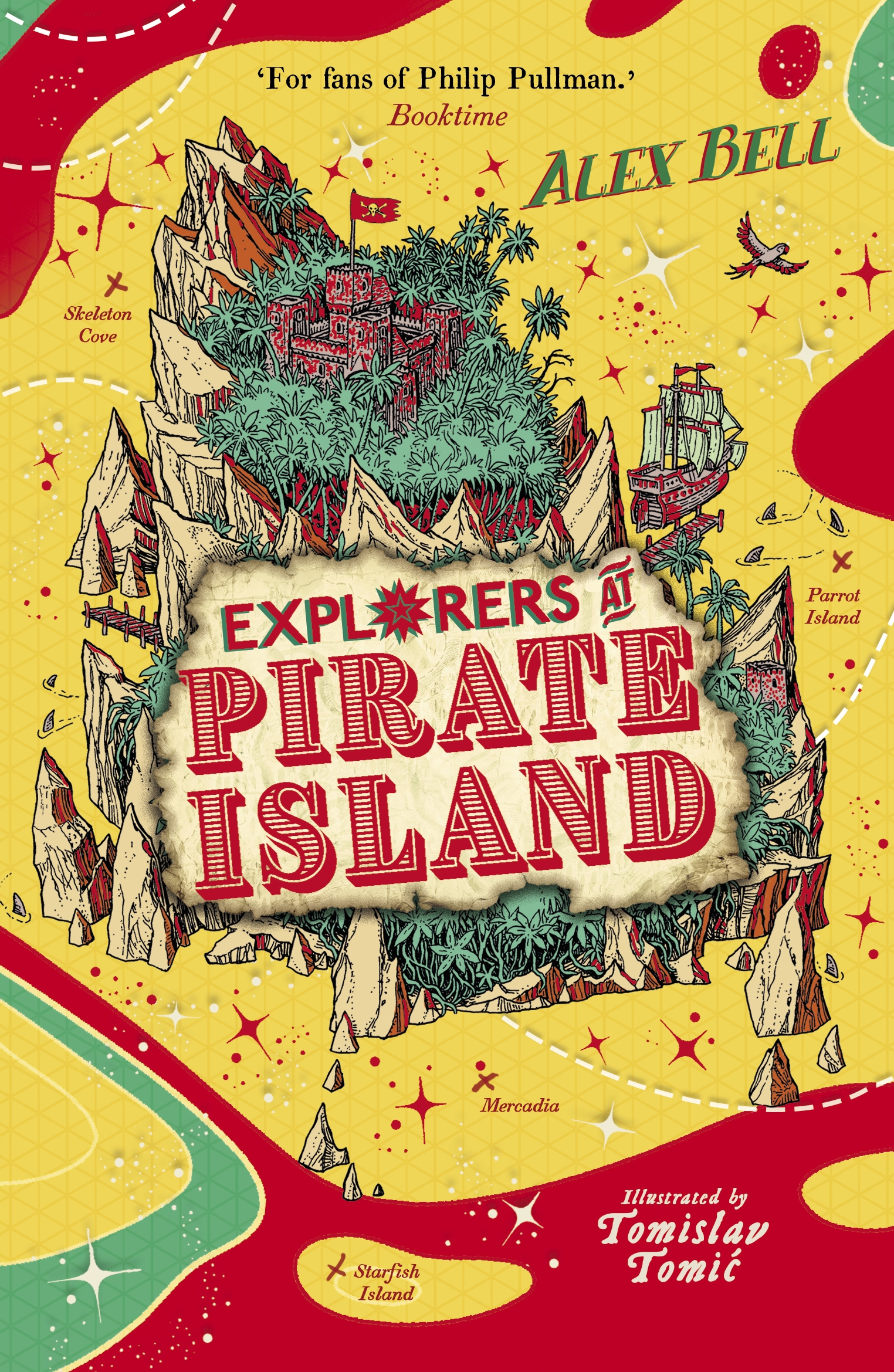 In their fifth thrilling adventure, the explorers journey deep into the Bubble Ocean on their quest to stop the evil Collector, but time is running out . . .

The Poison Tentacle Sea was home to the powerful Bone Current. As they had feared, it gave a sudden surge and pulled them in.

Half-mermaid Ursula Jellyfin has always longed for adventure, and this time the stakes are higher than ever. The Collector is holding a group of children prisoner on Pirate Island, and it’s up to Ursula and her friends Jai, Max and Genie to set them free. Armed with a magical mermaid trident, and with new recruit Zara the pirate fairy on board, their mission is filled with danger. The explorers must face zombie skeletons, make a daring rescue from a whirlpool and travel through a dinosaur graveyard. But even if they do make it to Pirate Island, can they fool the Collector and get in to an impenetrable fort?

Fast-paced, magical storytelling in a breathtaking underwater world. Alex Bell’s inventiveness and attention to detail is a joy to read.

Praise for the series:

‘A magical adventure of friendship, bravery and derring-do in a richly imagined world.’The Bookseller 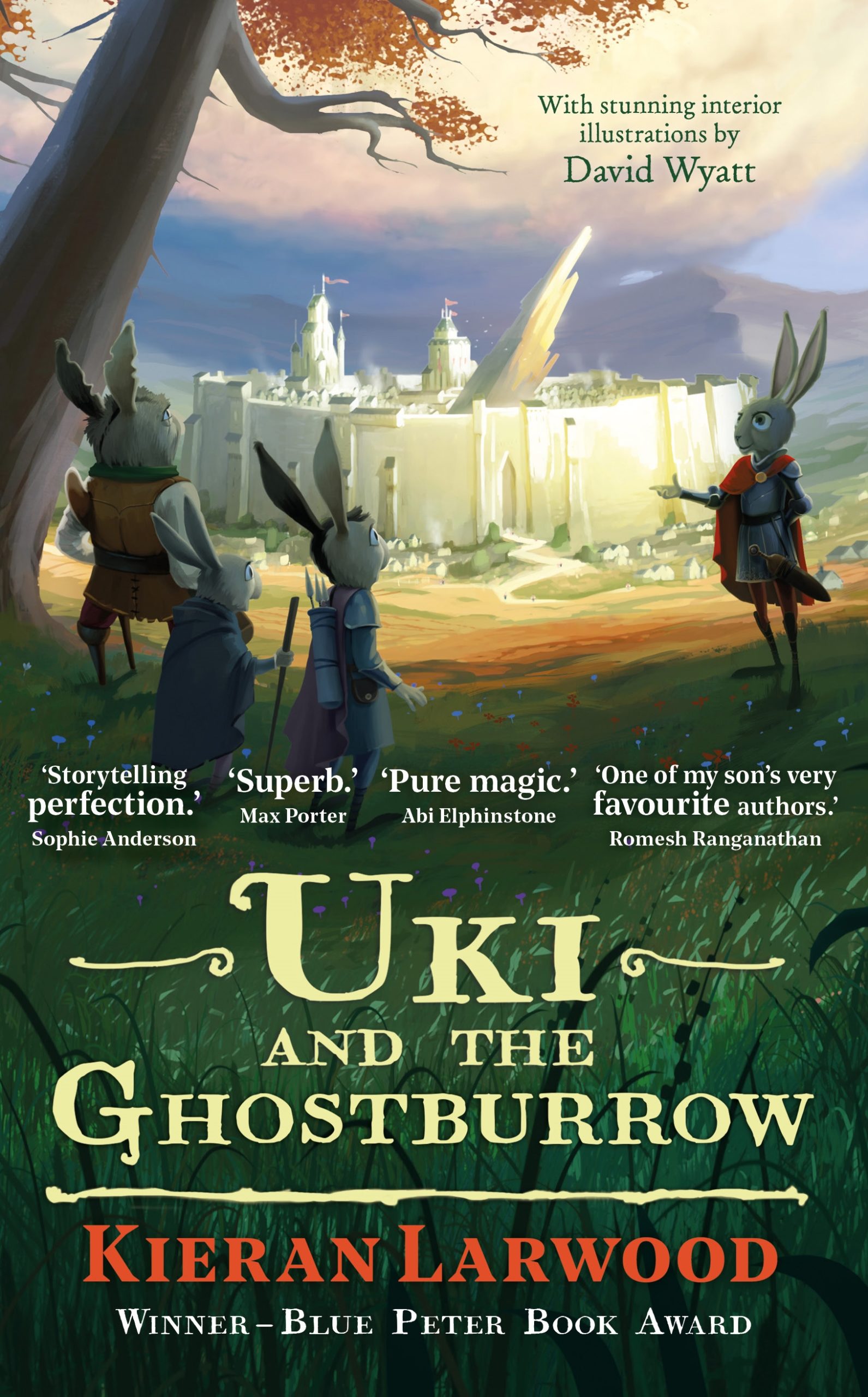 From bestselling author and winner of the Blue Peter Book Award, this is the sixth adventure set in the world of Podkin One-Ear.

After capturing Charice, there is only one spirit left for Uki to find: Mortix, the most dangerous of all. With his friends Jori, Cole and Kree, Uki heads to Eisenfell – the greatest city in Hulstland – only to find that Mortix has taken control of Emperor Ash and is plotting to conquer the whole Five Realms with her terrifying army.

Uki must dodge the Endwatch, the Shrikes, Clan Septys and the guards and find a way to complete his quest before all is lost. 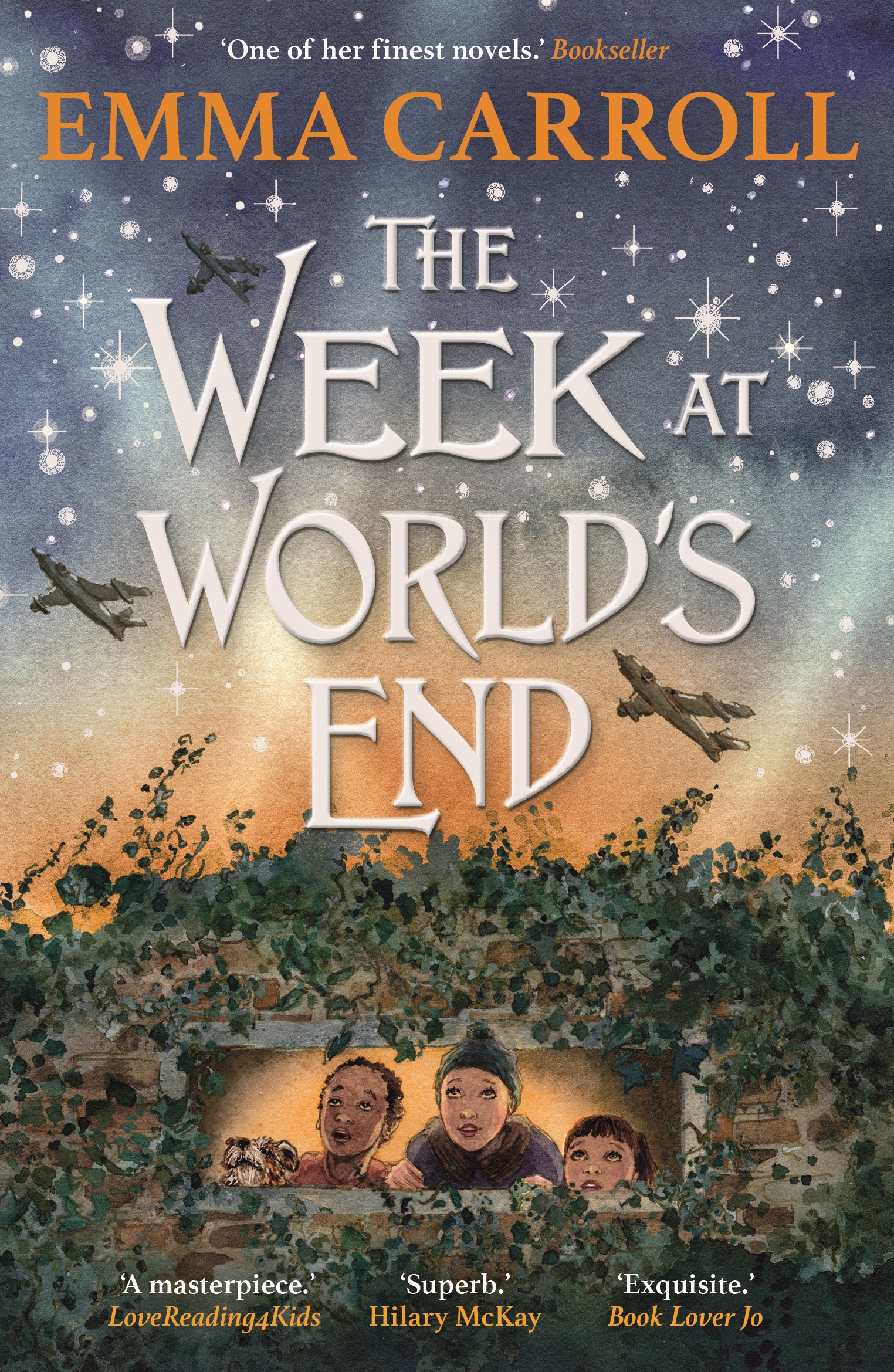 The hotly anticipated new standalone from the bestselling and award-winning Queen of Historical Fiction, Emma Carroll.

‘Who are you?’ I asked.
‘You don’t know who I am? You mean, it’s not been on the news?’
The girl glanced from Ray to me and back again.
‘It’s better I don’t tell you,’ she said firmly.

Nothing ever happens in World’s End Close. So when Stevie discovers a runaway girl in her coal shed, the first thing she does is fetch her best friend, Ray. Both are dying for a bit of adventure, and when the girl begs for help, they readily agree.

Yet they soon realise they’ve taken on more than they bargained for. The girl, Anna, reveals she’s on the run from people who are trying to poison her. Meanwhile, on the news, the Americans and Russians are arguing over missiles in Cuba.

As the threat of war grows, Anna’s behaviour becomes more mysterious. And when Stevie unearths a dark family secret, she wonders if Anna has come to World’s End Close on purpose, with a special message just for her . . .

An enthralling thriller, perfect for our tumultuous times.

‘The Hilary Mantel of children’s fiction.’ The Telegraph
‘Rightfully owns the title “Queen of Historical Fiction”.’ BookTrust
Historical fiction at its finest.’ Bookseller‘
Echoes of Michael Morpurgo and Nina Bawden.’ The Times 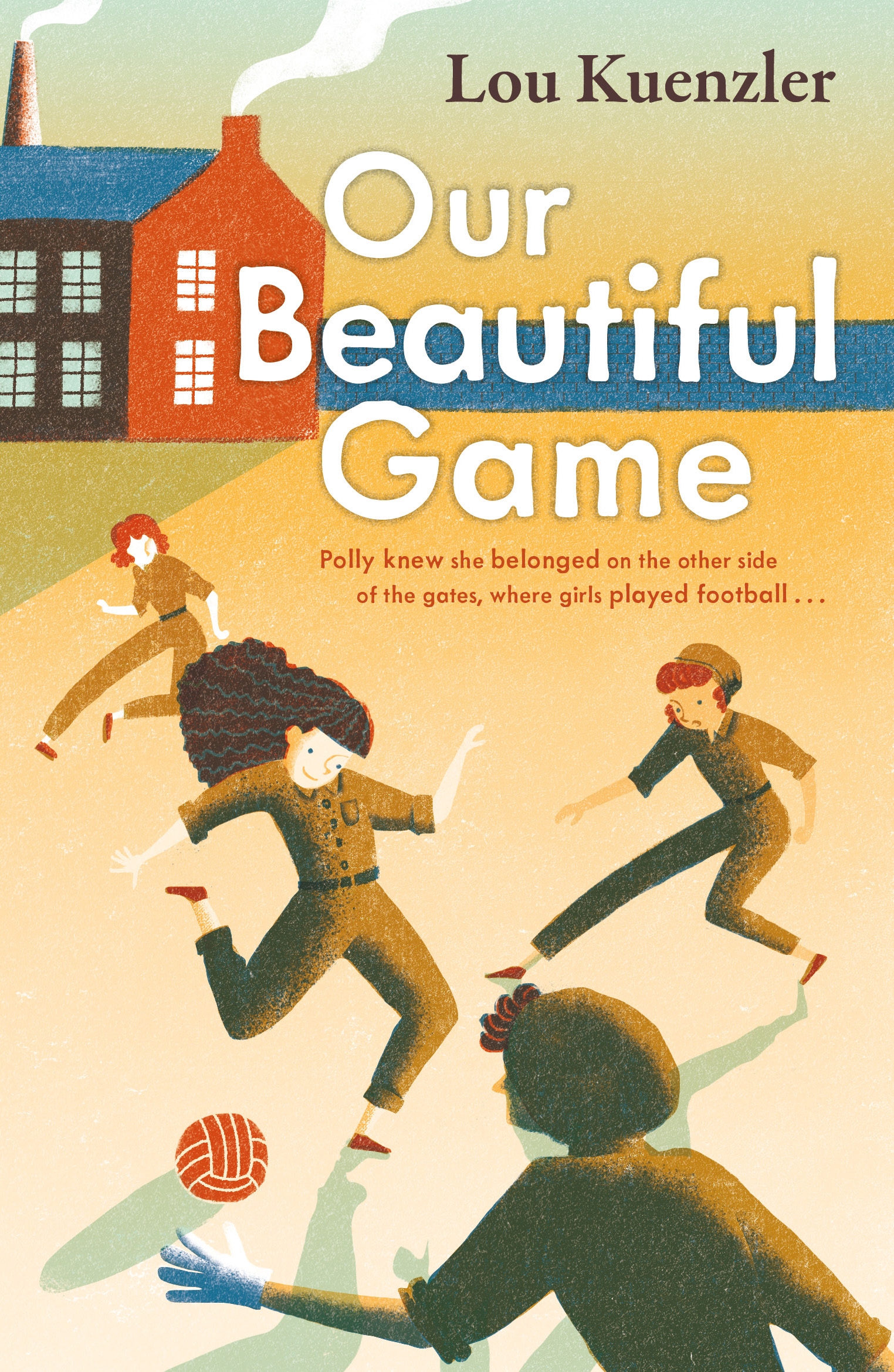 A stand-out novel inspired by the incredible true stories of female football legends like Lily Parr and Alice Woods.

A hundred years before the Lionesses, Lily Parr, Alice Woods and their teammates were proudly playing their beloved, exciting and skilful game.

They can take our ball, but they can never stop the game.

As men were sent to fight in the war, women and girls took their place in munitions factories. Football became a favourite pastime and, before long, they were creating all-female sides and playing public matches to sell-out crowds, overshadowing the men’s football. Despite drawing crowds of 50,000, women’s football was outlawed by the Football Association in 1921, who deemed it ‘unsuitable for females’.

This is the incredible story of these amazing women. 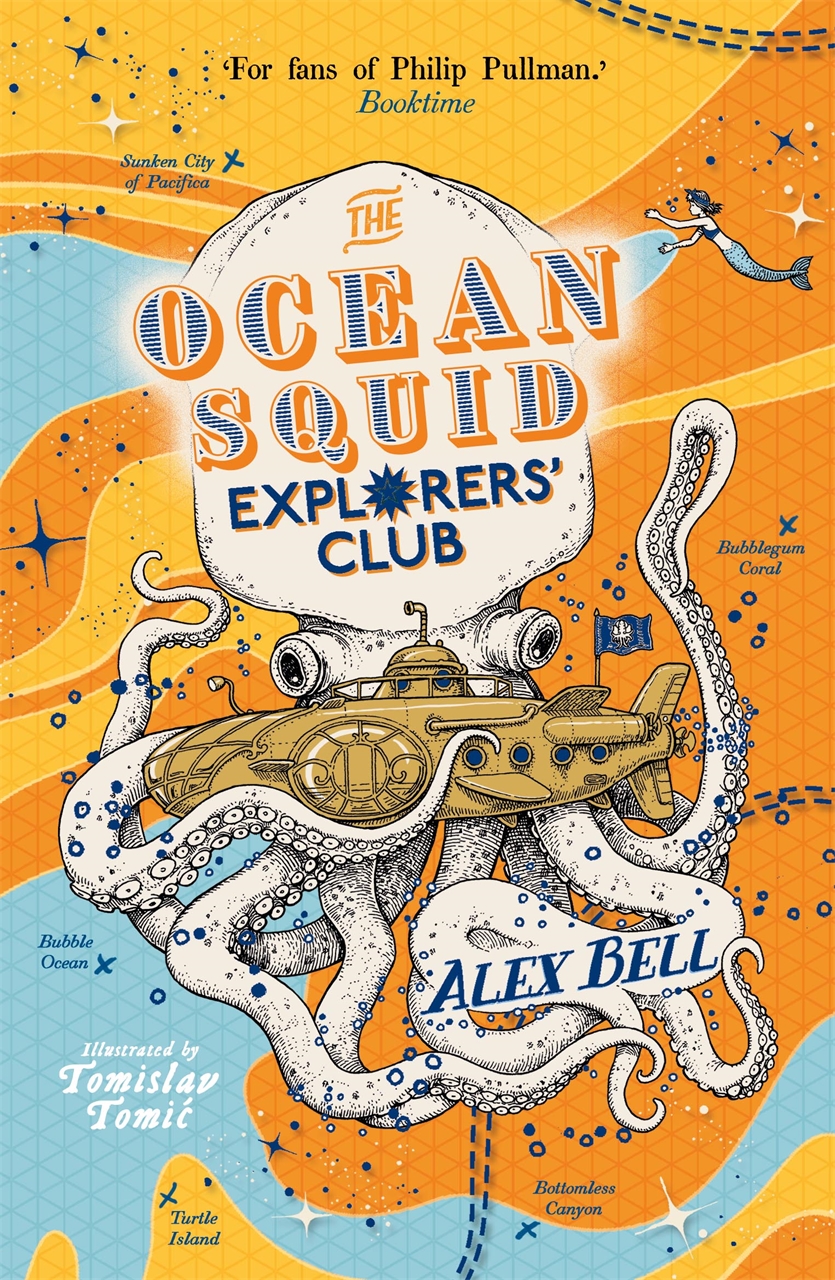 Ursula knew the submarine wasn’t designed to go this deep, but what choice did they have? No one wanted to get swallowed up by a colossal sneezing jellyfish!

In a distant watery corner of the Explorers Kingdom, a submarine engineer, Ursula, is determined to become an explorer. Unfortunately, she hides an extraordinary secret, which makes her the sworn enemy of the Ocean Squid Explorers’ Club were they ever to find out . . . But when The Collector threatens the Club, Ursula throws caution to the wind and leads an expedition through treacherous waters, filled with gremlins, aboard the Blowfish submarine – and joined by her friends Max, Genie and Jai – and even her idol Stella! 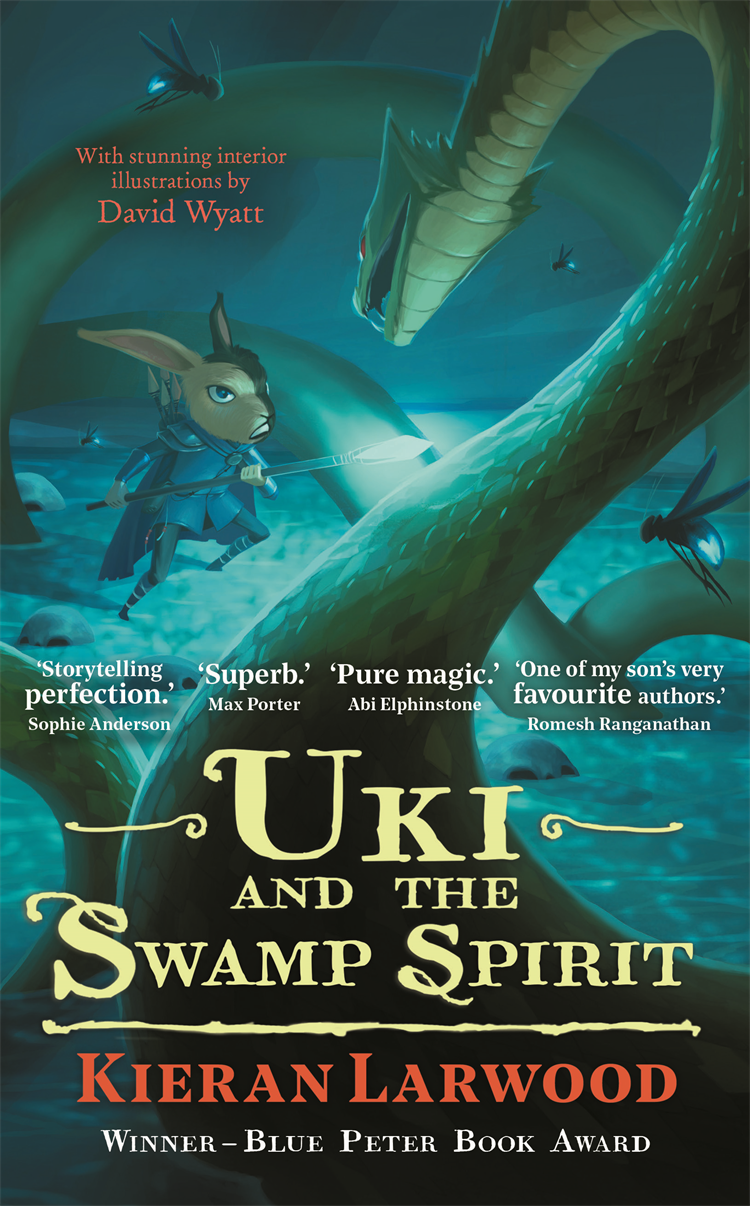 There, right in the heart of the fen, was his target. It oozed and throbbed and Uki had the sensation of a sickly green light, spreading out through the networks of water. Of tendrils connecting all the creatures of the marsh in a web. Seeking them, joining them . . . changing them. He could feel the life, because the spirit was linking itself to it. Linking itself so it could poison it all and destroy it.

After defeating Valkus, Uki and his friends still have two more spirits to find and capture. Next up is Charice, who is spreading disease through the swamps. Can Uki and his friends outwit him whilst being chased by the evil Endwatch and Jori’s clan of assassins?