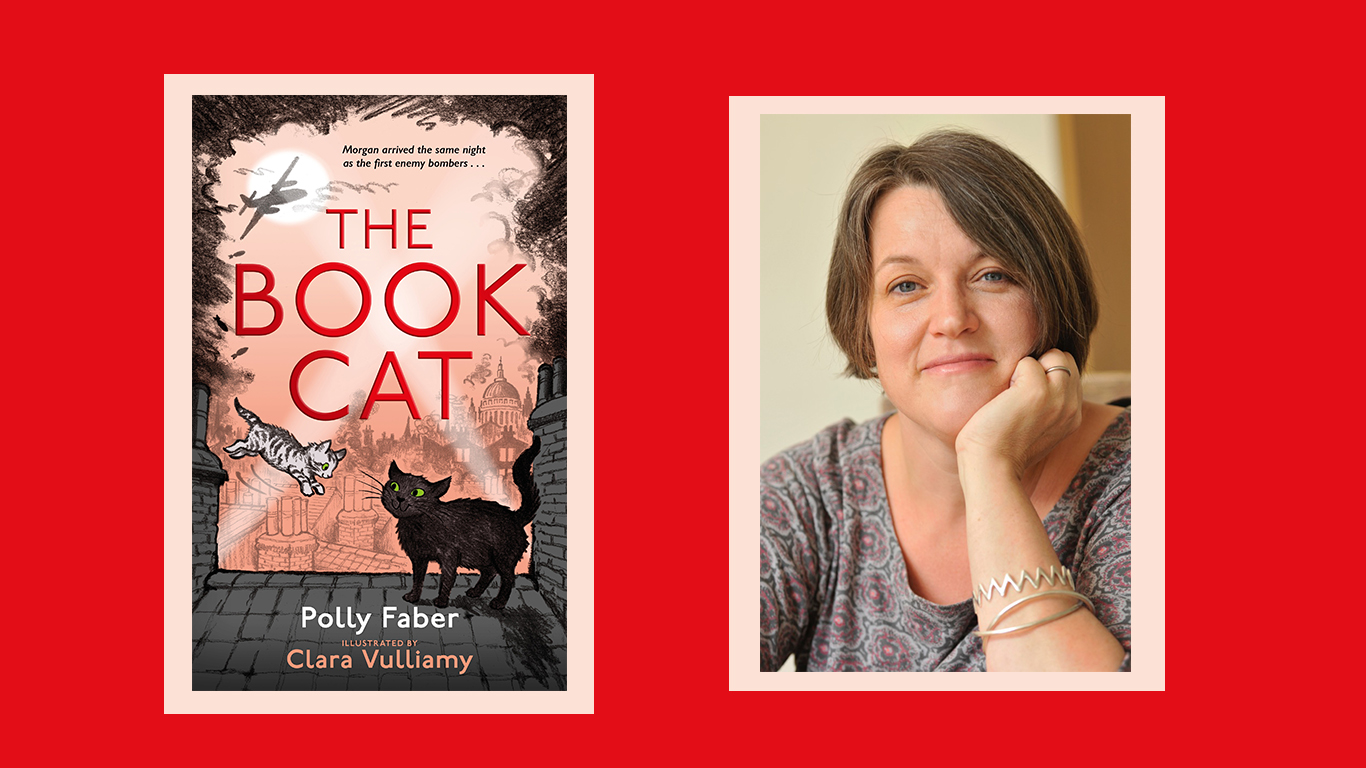 Q: What is your new book, The Book Cat, all about?

A: The Book Cat is the absolutely completely TRUE story of Morgan, Chief Mouser and Door Cat for Faber through the 1940s. It reveals his critical role in kitten evacuation during London’s second blitz and their invaluable contribution to literary output up and down the country ever since.

Q: What was the inspiration behind it?

A: As I say, the story is true! Well . . . the story could be true. Researching the life of Morgan, I found him described in a letter by Geoffrey Faber as a ‘very large black and affectionate stray cat’ who had arrived in Russell Square sometime in 1943. And once I’d discovered photos in the Imperial War Museum Archive of a War Fair being hosted in the Square at just that time, complete with banana auction, it seemed highly probable that these two events HAD to be linked.

The V1 ‘doodlebug’ that fell on Russell Square in 1944, and its effects on the Faber offices and staff were also documented in my grandfather’s diaries. To imagine that the neighbourhood cats would have been shaken up by it in much the same way as the humans seems a small stretch.

Q: What do you hope children will learn from the story?

Mostly I hope children enjoy the story! I have tried to paint a faithful picture of what life was like on the home front in London at that time. The book does touch gently on the realities of war; whether the experience of the Blitz and rationing or grief of losing loved ones. I hope it also has enough warmth and hope to spark interest in the era without overload.

I do! I have two; a black and white brother and sister pair called Alan and Babs. The book couldn’t have been written without them and they have been immortalised by Clara in the book’s illustrations. I’d say they were honoured by that accolade but in fact they take it entirely for granted.

Q: If you were stranded on a desert island, what book would you have with you?

I find it more or less impossible to answer this question! Middlemarch maybe, as it’s a book I don’t think I could tire of. But if I was going to pick something from Faber’s Children’s books back catalogue then I’d take Russell Hoban’s The Mouse and His Child – a book that really does contain every emotion and show me something new every time I read it.