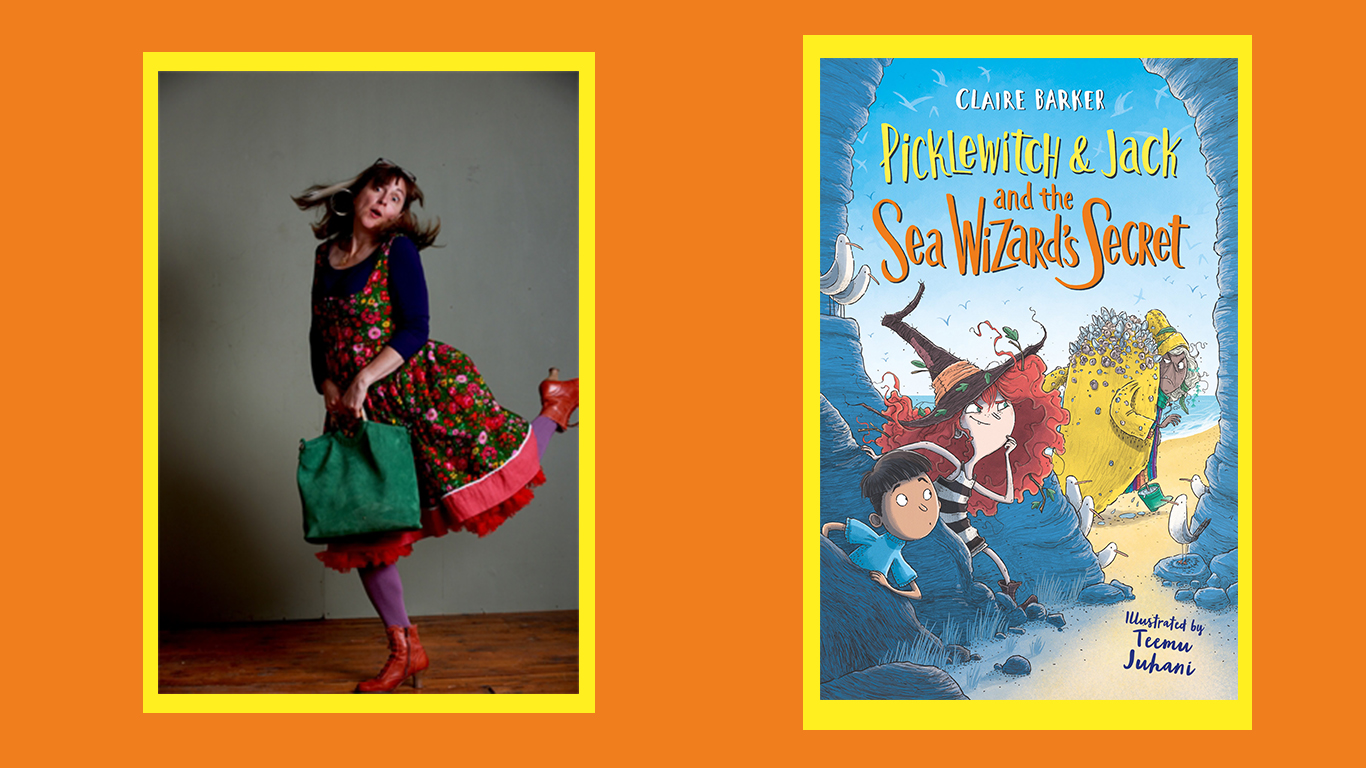 Tell us about Picklewitch & Jack and the Sea Wizard’s Secret.

In their third adventure, Picklewitch and Jack go on a school fossil-hunting trip to the Dorset seaside. Jack is determined to win the much-coveted Bonestar hammer in a competition to find the best fossil. Picklewitch refuses to help him out, being much more interested in bagging an invitation to tea with Scowling Margaret, the local Sea Wizard. Jack is infuriated by Picklewitch’s lack of interest in the scientific marvels of the Jurassic coast but, as he himself observes, it’s hard to argue with someone who can turn herself into a pinecone. Why can’t she just be reasonable and normal for once? But following a midnight picnic in a secret cave he soon discovers she has, after all, led him to treasure beyond his greatest imaginings.

What are some of your favourite words that Picklewitch uses?

How are your books inspired by nature?

To be honest, even I’m not entirely sure where Picklewitch ends and her garden begins! The sparrows nest in her hair just as they do in the trees, she smells of mushrooms, her eyes flash a leafy-green and the garden’s mercurial temperament seems oddly familiar . . .

After two books in this established setting I wanted to explore how she would cope as a tourist – a fish out of water. Almost straightaway she finds herself larking about with the local seagulls, lolling in rock-pools, adorning herself in periwinkles and starfish. Scowling Margaret’s special responsibilities come as no surprise to Picklewitch. As she explains to Jack ‘most witches age slowly, like forests . . . slow and whispery. But Sea Wizards are even older – like the waves.’ Nature is the thread that stitches their magical worlds together.

Picklewitch and Jack have a unique friendship! What are your favourite friendships in children’s books?

Standout ones for me are Charlotte and Wilbur, Pooh and Piglet, Mary and Dickon. I like loyal friendships fuelled by contrast.

What is your favourite thing about being an author?

When a new funny character marches into my imagination, dumps their belongings in the hallway and makes themselves at home. Then I know the fun is about to begin.

If you were stranded on a desert island, which book would you have with you?

Favourite Tales from Shakespeare, adapted by Bernard Miles and illustrated by Victor Ambrus. I would read Twelfth Night and pore over the illustrations until the pages were eaten away by salt.